A broken arm won’t stop me! 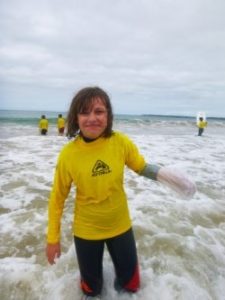 This week at Cottage by the Sea, we were pleased to welcome 28 students from Mahogany Rise Primary School in Frankston. Of those 28 students, we had one particular participant who arrived on camp with a broken arm in a cast.

At first, this camper was unsure whether she would be able to join in on the fun endeavours planned for the five-day camp. With a quick call home, we were given the green light on all activities.

We were told the cast could not get wet. This gave rise to our first dilemma arose, but quickly we found a simple solution. There is nothing duct tape can’t fix! The cast was wrapped in a plastic bag with duct tape to seal.

Swimming went to plan, although it was a windy and rough the cast seemed to stay dry. For now.

With surfing on the agenda mid week, the same process started. The cast was wrapped again and ready to tackle Ocean Grove’s waves. Surfing is a very physical activity and for a surfer to be able to stand up you would use both arms to spring up onto your feet. We originally thought this may cause an issue for our extreme camper, we were soon all proven wrong. She was up on her feet gliding through the waves.

Soon after we faced our second dilemma; somehow our camper had managed to burst her arm through the plastic bag and straight into the ocean! The now dry cast was sopping wet through to the core. With some quick thinking by the attending teaching staff we had the cast dry in no time. Who would have thought a hair dryer would be the perfect solution?

Now to face the final water activity of camp; the cast is double bagged in thick garbage bags with extra duct tape to seal any leak holes. We got this! Boogey boarding was a walk in the park for this one. She had one arm holding onto the board whilst the cast was held high in the air. As big waves came and she wiped out our camper would fully submerge but somehow, she managed to keep her arm above the water. It was really quite funny and a skill to see just an arm wrapped in garbage bags kept above and out of the water.

We are extremely proud of this young camper and what she has achieved throughout the camp at Cottage by the Sea. She has definitely inspired us with all the opportunities she took and we all know how much fun she had! 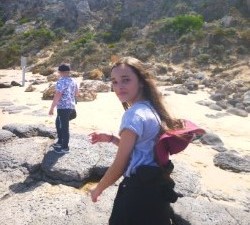 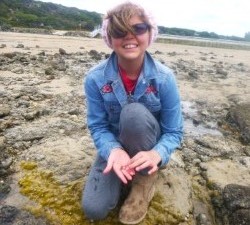 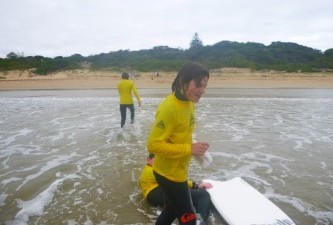