A day full of fishing! 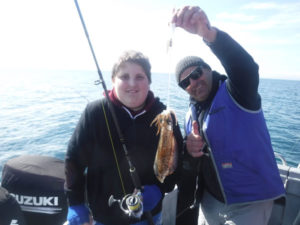 Competition time! This week we had two fishing charters on the program, thanks to the generous support of Kempe & Friends.

Both scheduled for Wednesday. We were extremely lucky with the weather, picking out the nicest day of the week.

Because we had two charters booked, it was of course going to be a competition between the morning and afternoon groups! The morning group had staff member Ebony – known as Eb’s group, whilst the afternoon team was known as Sean’s group. Eb’s group started off slow in the morning only bagging a few smaller squid in the skippers favourite spot, with no luck there they decided to pack up shop and move along to his flathead nursery where they were sure to get a bite! After an hour or so, the group really wasn’t having much luck only bringing in a few small and undersized ones and before they knew it was time to head back in to swap groups over.

It was time for Sean’s group to head out! First stop was for squid right behind Cottage in the sea weed flats. The group also had no luck but we soon realised it was due to the pod of dolphins that cruised passed the boat. So it was time to move! Off to the Queenscliff spot as skipper called it, as soon as we cast our line out we were hooked up onto some squid. Then before we knew it, all of our rods were pulling with squid on the hook. We drifted over the same weed patch a number of times catching well over 30 squid.

We then decided to bait some hooks up and spend the last half hour trying our luck for some flathead. Again we struck a good spot hooking up to a number of good sized flatties before having to head back into harbour.

The final competition count ending up being a huge difference and win to Sean’s group. 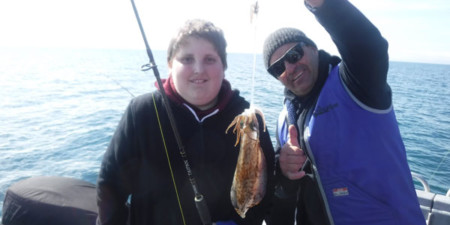 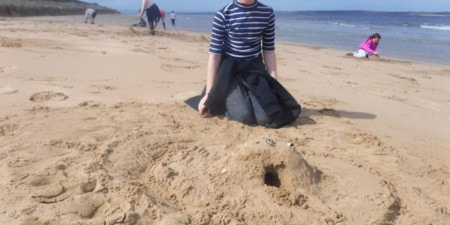 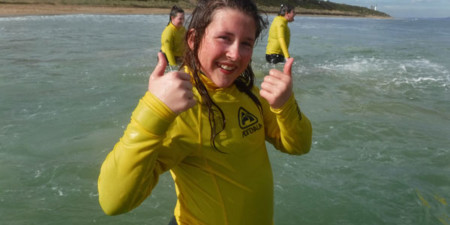