A Good Dose of Vitamin Sea 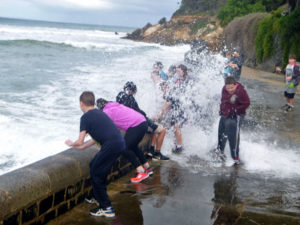 After enduring a very long bus ride in the early hours of Tuesday morning, our Cottage staff was pleased to meet a mixed group of grade four, five and six students from two different schools known as St Arnaud and St Patrick’s, based in the regional Victorian town of St Arnaud.

St Arnaud is a small country town located 244km from Melbourne, with an undersized population of just over 2,600 people. It is part of the Wimmera region and run by the local government, known as the Shire of Northern Grampians. With the nearest beach being at least 4 hours away, their camp at Cottage by the Sea proved to be the perfect little seaside get-away!

We were thankful enough to spend some time indoors at the Marine Discovery Centre, learning all about the coastal marine life and helping the staff that works there to catch some freshly hatched squid babies inside the touch tank! But when it came to getting outside and embracing the colder weather, you could say we were all racing to get into our wetsuits and hit up the wild waves at the back beach!

The king tides put on a show for us down at the Point Lonsdale waterfront and even a simple beach play and night walk involved these kiddies coming back drenched from their heads down! It didn’t matter what the radar said, getting wet was what these kids did best. But who could blame them, after all, they were having all the fun in the world!

One boy was even lucky enough to celebrate his birthday at the Cottage and had all the Cottage staff in tears when he got up in front of everyone and made a speech at the dining table, thanking Cottage by the Sea for his presents, his birthday cake and for such a wonderful opportunity, even stating that we had made it the best birthday he’s ever had! The 21 students not only mixed together really well during this camp, making lifelong friendships but they also proved to us that it’s the little and simple things, as well as a care-free attitude in life that makes it all count! 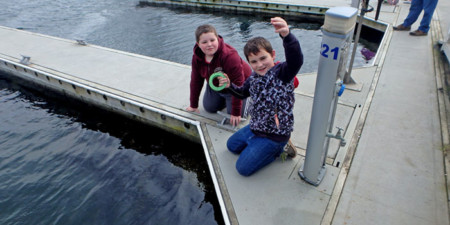 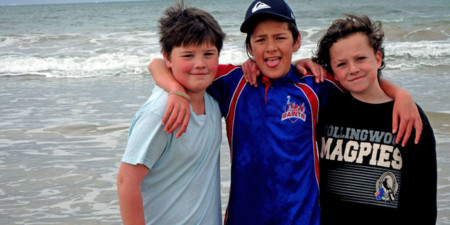 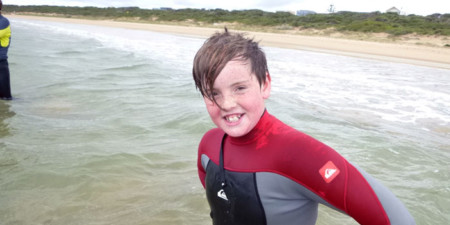