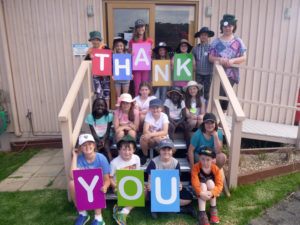 This week we were lucky to have a great group of kids from two Colac primary schools. Ebony and Steve made the early trip to pick up the nervous, yet excited kids up from Elliminyt and St Mary’s Primary Schools on Wednesday morning. Being from an area not so close to the ocean, the kids were excited at the idea of spending a week by the sea. So after arriving, having a tour of the Cottage and tucking into some fresh salad wraps, we put on our wetsuits and hit the beach! The kids were so excited and having such a great time in the water that it was a struggle to get them out – though being a sunny spring day, the staff weren’t in a rush either. That night, tired from our morning of travel and afternoon at the beach, we went on a night walk to visit the old war bunkers before an early night in preparation for the following day.

Still excited from all the fun we had at the beach the day before, we decided that we had to take the kids back down the next morning. This time though we put the paddle boards under our arms and were lucky enough to have a play in the rock pools at low tide. An early lunch followed (home-made sausage rolls – yum!) as we had something exciting planned for the afternoon – The World Festival of Magic magic show! So on the bus we got and off to The Arena in North Geelong we went.

The kids loved every minute of the magic show. They stared in amazement at every trick and laughed hysterically at every joke – no one wanted the show to end. We would like to say a big thank you to all the donors for allowing us to go the show. Afterwards we thought we would make the most of the sunny day and enjoyed a play at Rippleside Park on our way back to the Cottage.

The next day was the kid’s final day with us, so straight after breakfast they packed their bags so that we could make the most of the morning we had left. We were lucky to get another day of sunshine and so we headed to the rock pools at Barwon Heads Bluff. The kids were fascinated by all the sea animals they found. From crabs to sea stars, no one went without making a discovery!

We went back to the Cottage for a slice or two of homemade pizza for lunch before hitting the road to Colac. The kids all loved the camp and were all wanting it to go for longer, as did the staff! It was a fantastic week with amazing weather, fun activities and a great group of children. 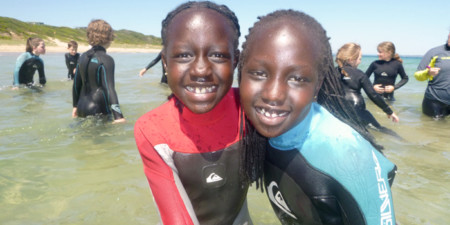 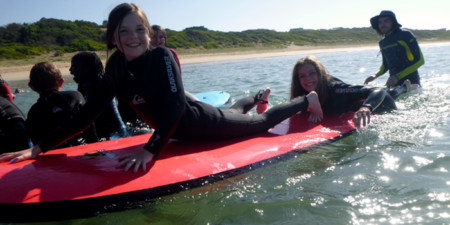 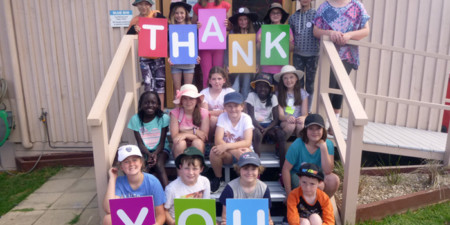 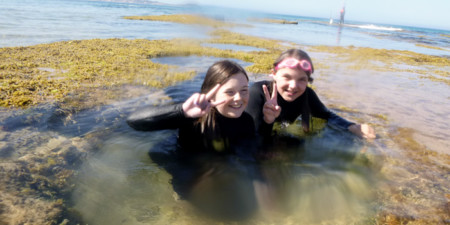 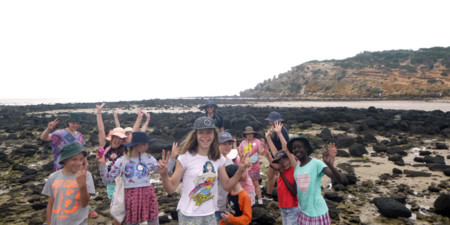