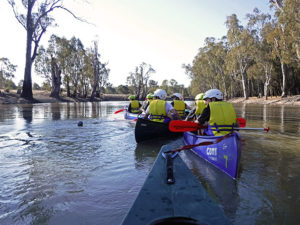 Sunday 23rd September. Ebony, Louis, Locky and Steve climbed in the Cottage busses bright and early en route for our annual Mentor camp at Moulamein, a rural town in New South Wales that is situated along the Edward River. The camp is generously run by the Anderson family who are our amazing sponsors that own APCO Service Stations.

The first to be picked up were 15 eager campers in Leopold, followed by the remaining six in Kings Park. With all of the Mentors aboard it was time to head to our destination. Though what was supposed to be a five-hour journey slowly stretched to seven and a half hours courtesy of Google Maps!

Finally arriving at our destination, we were greeted by our hosts for the week, Peter, Mary-Anne and Damien. After introducing ourselves to each other it was time to set up camp. Tents were pitched, the barbecues began sizzling and a fire for warmth was lit. We were lucky to have program staff members, Kate and Belinda along for the first night to assist with setting up and settling in.

After a BBQ dinner, we sat down with the Mentors for circle time to discuss what was planned for the week ahead, what their goals for the week were and how we would face the challenges. It had been a long day of travel and settling in, so an early night was much needed in preparation for the exciting week ahead.

We awoke early Monday morning to the sounds of birds and the sight of the sun peeping through the trees. As the campers began to pile out of their tents we began to prepare breakfast – bacon and eggs to get them through till lunch.

After we were all fed and the dishes cleaned, we jumped on the bus and headed down the road to try our luck at yabbying. Most were successful in pulling a catch and most avoided getting a pinch when pulling the yabbies off the line! Lunch consisted of ham and cheese toasties, which were inhaled by the campers.

That afternoon the Mentors got into their wetsuits for a dip in the river and fun on the tyre swing. Otheres decided they wanted to try their lunch at fishing – and hopefully catch enough to for the whole group for dinner! But unfortunately this was not the case.

With the group not catching anything edible, we cooked chicken and veg noodles. Some of the campers said it was the best meal ever. It might have been the hunger speaking, but we’ll accept it!

During circle time that evening we set the theme for the camp – appreciation. The Mentors and camp leaders discussed the importance of appreciating your surroundings, each other and yourself. Once circle time was over, we strapped on our head torches and headed out for a night walk, chatting, telling jokes and getting to know each other better.

The following morning the campers prepared for a new activity, ferretting. We were lucky to have two ferreting experts teach us, Morris and Peter with their ferrets Snowball 1, snowball 2 and Santa’s Little Helper (all named by the kids). With some quick moving we were lucky enough to catch 4 rabbits that looked good enough to eat!

That afternoon the Mentors were given the opportunity to choose which activity they wanted to participate in. They had the choice of canoeing or fishing in the boat. 13 of the campers jumped in canoes with Steve and Ebony for a leisurely paddle downstream, whilst the others joined Locky and Damien for a fish. Four of the Mentors were successful, catching a good size feed for dinner!

Taco Tuesday was on the menu that night before being treated to a giant bonfire! After a chat about what we were all appreciative for during the day, we returned to our tents to get a good rest before our final full day of activities.

Our last day was spent ferreting and relaxing by the river. The Mentors had the opportunity to take in the bush surrounding and appreciate the environment around them – something that we often forget to do on a day to day basis. For dinner that night we were treated to wood fired pizza and gee was it yum!

Thursday came and before the sun had completely risen, the tents were down, trailer was packed and we had said our goodbyes.

We would like to express our thanks to the Anderson family and APCO for again inviting us to join them at Moulamein and continuing to support Cottage by the Sea. 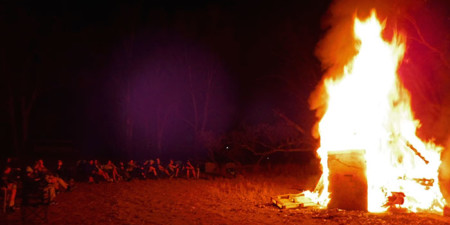 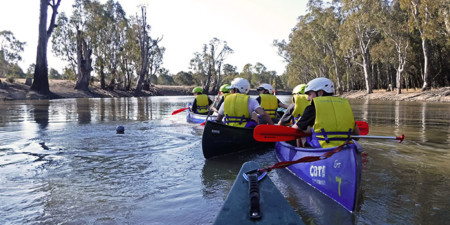 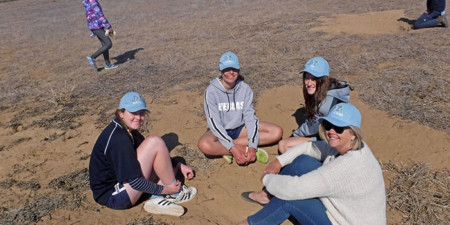 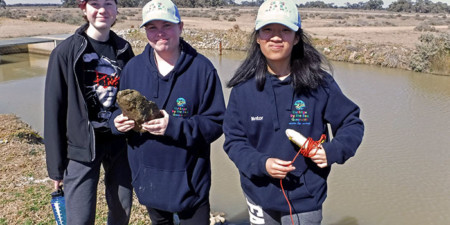 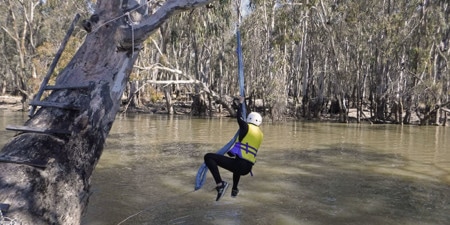 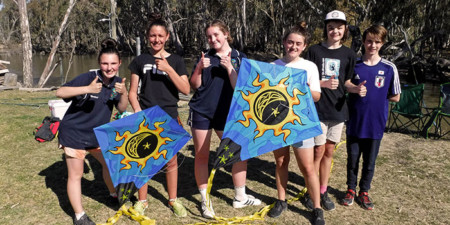