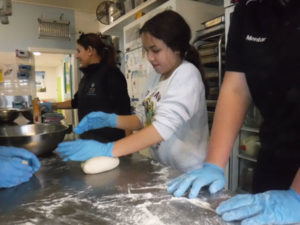 Eight friendly smiles greeted Cottage by the Sea on Tuesday afternoon as a group of Mentors arrived for Cooking Camp. The girls’ energy remained enjoyable to be around until the last minute on Friday afternoon, paired with a truckload of laughs. Their first night at the Cottage was filled with flour and coloured icing, requiring a major clean-up of the kitchen!

It was interesting to see the interactions between the girls of varying ages. Whilst working in groups, the Year Eleven and Twelve students worked closely with the Year Eight student. Despite the age differences, the girls managed to work together as a team while shopping for ingredients, cooking their meals or cleaning up after themselves and others. Whether the girls knew each other from previous camps or not, they were all willing to build new friendships and get to know one another which was wonderful to watch happen as some people would never be open to making these connections, especially in their youth.

Over the four days at the Cottage, everyone tried something new including making fresh fettuccine and tortellini from scratch, cooking pizzas in a wood-fired oven and eating seafood. Marc, the wonderful Cottage by the Sea chef was a big help in creating the best dishes possible.

Some of the highlights of the camp included dessert tasting at the Waterfront Kitchens in Geelong and making delicious pasta with the camp leaders which was shared with the staff for a big feast.

A Year Nine student, Grace, remarked that ‘planning is simple, preparing needs communication amongst your team mates, and plating meals is harder than it seems’, perfectly outlining the tools and techniques the Mentors had to use in order to feed themselves and the staff.

Among the kitchen time and dessert tastings, the group went out foraging for food with Marc on Thursday morning at the banks of Swan Bay. They learnt that the indigenous people of Australia went foraging very often to find their meals. The Mentors learnt about different herbs and plants they had never heard of before, including salt bush and seablite. Later that day Mentors had a chance to cook with their recently picked herbs paired with some seafood which some very much enjoyed. Others, however, still need some time to get used to the acquired taste of ocean life!

It was obvious that all the girls thoroughly enjoyed the Mentor Cooking Camp and every activity – we may even have some blossoming chefs amongst the group! 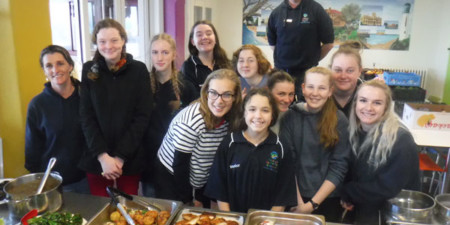 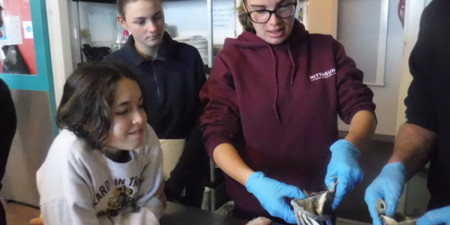 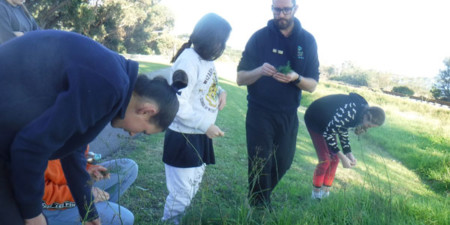 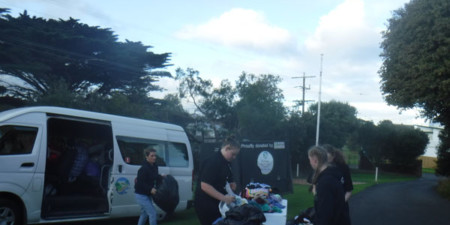 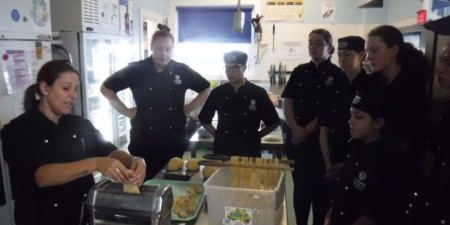 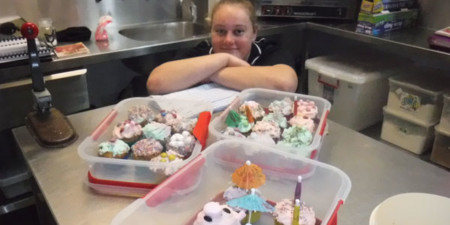 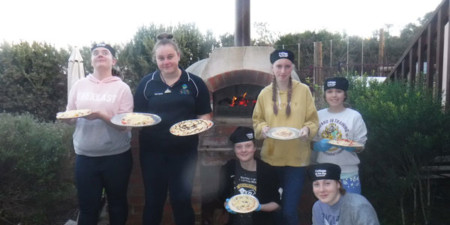 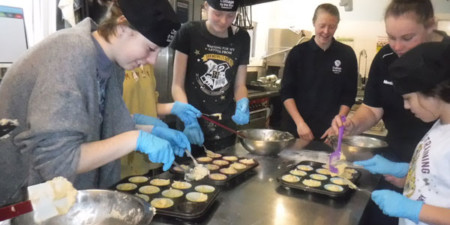 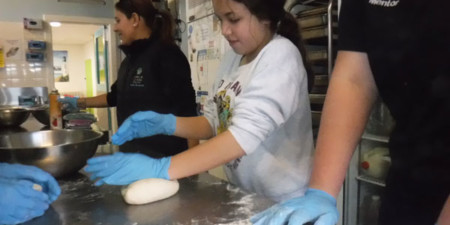