FOUR days of fun FOR grade FOUR at The Cottage 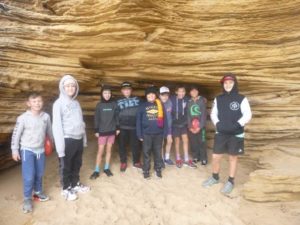 This week we welcomed nine energetic boys from Leopold Primary.  Ebony and Steve had the pleasure of driving just a short distance to pick them up. Being such a small camp, the boys were fortunate enough to stay at Riptide Cottage. When they arrived, it was straight into the fun. Four days of nonstop adventure was planned. Once arriving and doing all the normal formalities, they ventured down to the Marina to learn about the Pilot boats and to climb the 360 degree tower. After a short but eventful trip, it was back for homemade sausage rolls and salad for lunch.

The sun was shining, so we decided to jump straight into the water.  We scrambled to put wetsuits on and it was then time to hit the beach. The boys loved it – they did not want to leave! After assuring them that we would be back, they agreed to depart the waves. After dinner, we headed to the Queenscliff pier to try our luck at squiding!

Tuesday morning came and as we promised, it was time for the beach again.  We jumped back into our wetsuits and headed back down to the beach.  This time we were armed with paddleboards to play with.  The weather wasn’t as welcoming on this occasion so everyone was happy to jump out of the water and warm up with a nice hot milo.  In the afternoon, we took as short stroll down to the Marine Discovery Centre. We learnt so many new and interesting facts and couldn’t wait to share them with everyone back at Cottage. After a delicious afternoon tea, we headed out to the low ropes course. Even though these boys were only in Grade 4, they showed incredible teamwork and communication to successfully master the ropes course. After a busy day, we refueled with chicken and vegetables.  Not a single crumb was spared!

Wednesday morning was slightly different – our technology extraordinaire, Lachlan, decided he wanted to make the children and staff breakfast.  No one knocked back the offer – it was so good that it left everyone looking for more! After an incredible meal, we headed to Point Lonsdale.  As always it was a favourite talking point.  The swell was rather large and we watched on in awe as it the waves broke close to the pier. At lunchtime, we were spoilt with pork rolls!  They tasted just as delicious as they sound. Since the weather was overcast and cloudy, we decided to head to the local pool! We spent the entire afternoon playing in the small water park.  It was decided that this was just as much fun as being outdoors in the waves at the beach.

Once again, breakfast was an enticing event.  This time, Steve the rose early to make pancakes! “The food here is the best!” quoted one of the boys.  It’s fair to say that all who cooked for these young boys did an incredible job!

The last day arrived and we thought it would be a good idea to keep ‘dry’ and head to Barwon Heads to go rock-pooling.  The tide was a little higher than predicted however that didn’t stop the boys.  As we walked along the shoreline, we skimmed rocks, drew artworks in the sand and in the sand and played in the shallows. Staying ‘dry’ was evidently reserved for the top half – but no one was worried! Heading back to The Cottage for a final lunch, no one wanted to leave!

To the nine boys that attended this week, thank you! You were polite and well mannered – a joy to have! 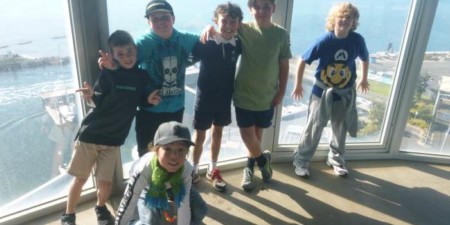 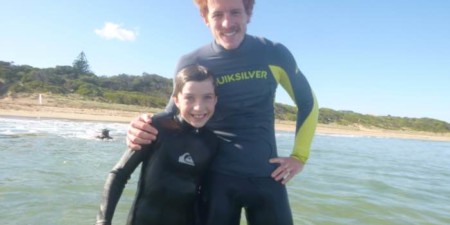 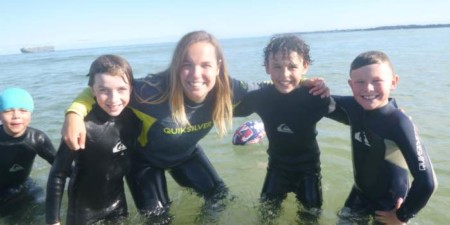