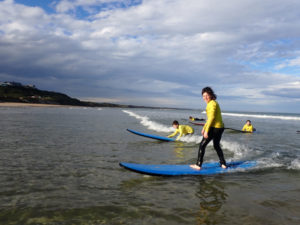 This week on camp we welcomed children from a rural primary school just out of Bendigo. Along with the rural schools comes plenty of alternative hairstyles. The most popular this week being the infamous mullet.

Mullets are well and truly back! Watching AFL, every team has at least four players with the mighty mullet.  This group of primary school children were much more than the average AFL team, we had seven boys who rocked the mullet very proudly. A new Cottage record for most mullets on a camp!

We asked each of the boys who inspired them to choose the mullet lifestyle. Most of the answers came back with Western Bulldog’s star Bailey Scott and of course the obvious Dustin Martin.

Each activity they participated in this week we made sure to capture a mullet action shot, for our camp records. One of the boys quoted “everything looks better with a mullet”

I will leave a few photos below and let you decide for yourself.