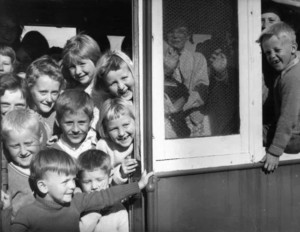 When we heard of cases where not only a child and her mother, but also her grandmother, have all had their holiday at Queenscliff, we feel that the Cottage holds a unique record in Victoria,” writes Pamela Conrad, Organising Secretary of the Ministering Children’s League (Cottage by the Sea) in a document from 1963.

During the 1960s, the Cottage provided a seaside holiday to approximately 400 hundred children each year.  “The Cottage by the Sea is open all year round,” reads a donation appeal from the early 1960s.  “We take 40 children each month; it is undenominational, our only measure is the child’s need… We have no Government grant and the Cottage is supported by public donations, by bequests, and by functions organised by our executive and Branches.”

Children were referred by headmasters, doctors, police, school medical services and various welfare agencies or charities including: Legacy, Carry On, Brotherhood of St Laurence and Red Cross.  The staff at Cottage by the Sea began to notice a growing number of “New Australians” coming through their doors. Reflecting the changing nature of our society.

“Talking about the children I have often mentioned the different type groups we get,” writes Matron White.  She notes that no two groups are alike.  “A ‘vandal’ group who at first try to wreck everything; ‘homesick’ group the most difficult and take the most time; a ‘sick’ group where many children have real and imaginary ills and just want to stay in bed and be waited upon; and a ‘tough or fighting’ group of children who have had very little consideration and loneliness is all they know. It is the variety of complexities and how to reach them and their response in these various children which is so interesting and so worthwhile.”

In her report of March 1962, Matron writes of a young girl who has returned on a second visit to Cottage by the Sea. “She is also getting a lot of spirit – it is always cheering when these frail little children get into mischief – yesterday I was sweeping the sand up on the back verandah and it was quite intriguing to see Cynthia sneaking along when she thought I was not looking and jump up and down and kick it everywhere and then creep away again.”

Most of the children who stayed at the Cottage throughout the 1960s were very poor.  Many arrived malnourished with little in the way of clothing.  “These children must be tough to travel about in short cotton frocks, inadequate underclothing and thin cardigans,” writes the Matron in her June report of 1966.  Children were given clothes to wear during their stay at the Cottage and many returned home with extra clothes in their suitcases.  The Ministering Children’s League also provided clothes to children via their schools.  In 1965 an appreciative mother writes: “I wish to express my deepest appreciation for the wonderful gifts of quality shoes and socks which were forwarded to me be the Head Teacher for my four children.  Words cannot fully convey to you my gratitude, but I assure you that your kindness and generosity to those in need will long be remembered.”

As well as clothes, the Cottage were provided healthy food and encouragement to play freely outside in the Cottage grounds and on the beach.  The children’s daily activities focused on “simple pleasures.”  Swimming at Cottage beach, local walks around Queenscliff and playing in the Cottage grounds – the old tram always a favourite.  Over summer, children attended daily sessions at the beach run by the Children’s Special Service Mission (C.S.S.M.), many earning swimming certificates as well as a healthy glow.  In 1960 a television set was installed, bringing a new modern entertainment to the children.

In 1963 the Matron White reported: “Our overhead costs are very high but our standards have never been lowered and we feel great pride that this is so.” 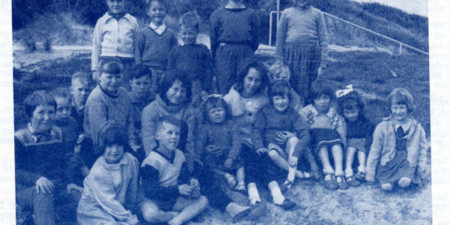 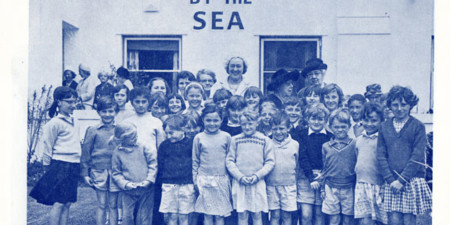 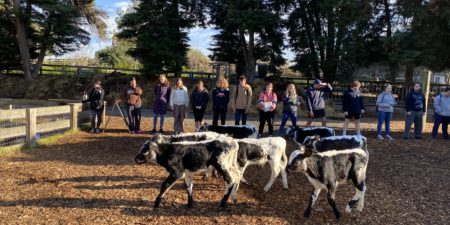