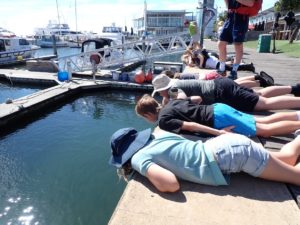 One of our favourite things on camp is seeing the reactions of the children when they spot the first giant stingray at the marina. This week it was no different, the water was crystal clear, so we knew it would only be a matter of time until one glided past. Our first stingray spotted was the local legend ‘Stumpy’ we know its Stumpy because of his short stumpy tail. He is one of the bigger ones in the marina and had us all excited to find more! Next it was a small banjo ray spotted, “the camo pattern on its skin was so cool” one of the boys shouted.

We tried to continue our walk along the marina but didn’t get too far before another stingray was spotted, followed by another! The group laid down on their tummies and watched the big rays cruise past for such a long time. Every time we tried to keep moving to the next activity, another one would swim past and again we had to stop and watch it.

After almost 2 hours at the marina, we finally finished our walk at the end of the harbour and made our way back to the bus for the short ride to Cottage for some lunch. 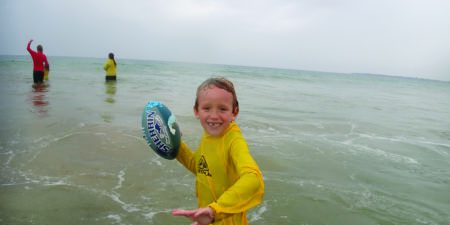