The Next Curtis Stone 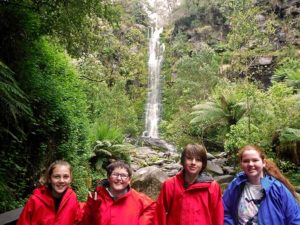 From the moment we picked up Marley she was super excited about her final REEF camp for 2018. Rain or shine, nothing was going to stop her. All she wanted to do was be out in nature and to cook the group a BBQ lunch.

After we picked up the other REEFies she became a little quieter over powered by bigger voices but her personality spoke louder than anyone. As night came and it was time to cook dinner, Marley was the first to put her hand up!

So she picked up her barbie mate and started flipping chicken again. While the other children were running around chasing ducks, Marley was cooking dinner and talking to the camp leaders.

“Do you know that I’ve never cooked at home? This is the best, I think I want to become a chef.”

When Marley heard the feedback from the other REEFies about her dinner, she was so proud of herself telling everyone it was her that cooked it.

For the rest of the weekend we didn’t need to ask for help when it was time to cook, as Marley was in the kitchen with utensils in hand ready to go.

“MUM, I COOKED FOUR MEALS THIS WEEKEND AND THEY WERE AMAZING.”

Her mum could see how proud Marley was and replied,

“That’s amazing, maybe you can cook more at home.”

When Marley returns to her next camp at Cottage by the Sea maybe Marc will have a little apprentice!