“What’s over there?” “What’s that place called?” These are a couple of the many questions we have heard at Cottage, from our Mentors over the years, as they have looked across the rip towards Point Nepean. Many of our Mentors have been coming to the Cottage for five to seven years and admired the view as they look across the bay watching ships sail in and out of the Heads. This trip they were all about to find out what was over there!

The day began by exploring the Point Nepean, Portsea and Sorrento coastline by ferry. Onto the next part of the journey we bus tripped it to Gunners Cottage in the Point Nepean National Park. Here we hiked the trails to Pearce Barracks spotting an echidna along the way.

“I’ve never seen an echidna in the wild before,” yelled one Mentor in excitement!

The views over Port Phillip Bay and the Marine National Park were admired at the barracks and the gun mounts explored, questions were asked then signs were read to learn about this new environment.

We had saved the best part of the journey to last, the Fort! It was an underground rabbit warren with tunnel after tunnel, vault after vault and many secret rooms. There were screams of panic as someone walked out of the shadows or voice overs started speaking in hidden rooms but the adrenaline was pumping as the excitement grew to see what could be found next. The group was impressed when they found a gun mount that matched the gun they had seen at Fort Queenscliff and links between the two Forts were discussed and compared amongst the Mentors. The highlight was seeing the Mentors sit and contemplate, transporting themselves back in time as they listened to the sounds and stories of what had occurred here over 100 years ago.

It was these moments of peace and reflection that allowed the Mentors to grasp an understanding of the past and further inspired our future army recruits to pursue their careers in the armed forces. 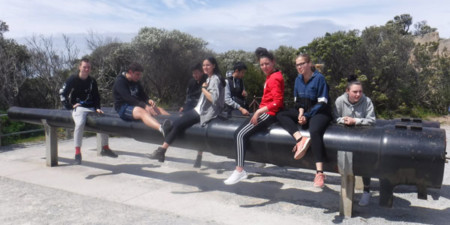 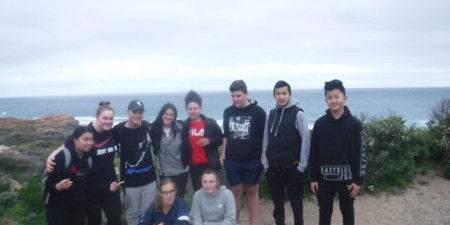