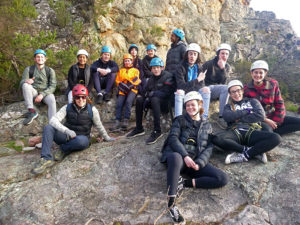 7am Friday morning. We were greeted with the all to normal sets of tired and weary eyes that come with an early start. As we jumped aboard the Cottage bus for a long 5-hour drive to the Grampians the questions were firing.

How long is the drive? What are we even doing on this camp? Will we be climbing today?

After a little explanation there grew an understanding that this trip was about new experiences of rock climbing and gaining a closer understanding of themselves when put in uncomfortable situations.

Standing at the bottom of a cliff with nothing but rock in front of them, the doubt’s, worries and nervous excitement all of a sudden became real. One young person in particular turned around and said “I’m not climbing to the top of that, there is no way I’m going that high”. Little did she know that a couple of hours later when she had climbed to the top of both 15m high climbs the smiles were real and the words had turned from, “I can’t do this” to, “I can’t believe I did this”.

Sitting around the fire that night reflecting on what each young person felt or experienced on the day, this young girl shared with the group about how proud she was to achieve something so far out of her believed abilities. More importantly she went on to share about the importance of other young people surrounding her with encouraging words and the trust she had to put into others to help her achieve the goal she did.

On final day of camp after another cold morning wake up and slightly sore muscles, each young person went on a journey through the mountain of cave systems to end with a 40 meter vertical abseil. As they each repelled down to the bottom with great confidence they were so pleased to achieved a weekend of both self-trust and peer support, a true memory in which they will hold forever. 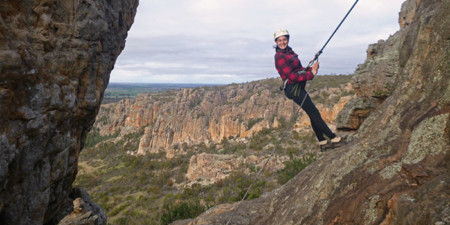 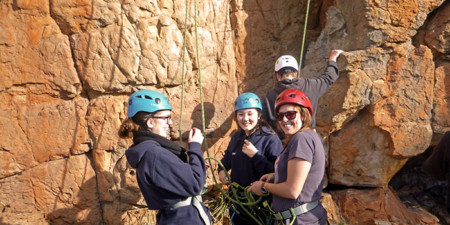 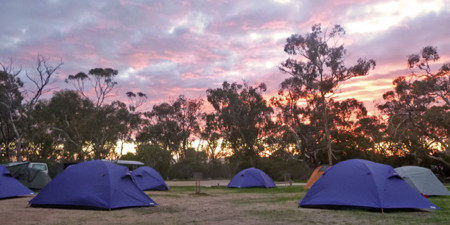