Cats at the Cottage 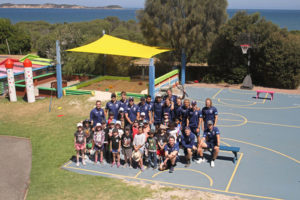 The kids from Yuille Park Community College were given a big surprise on their second day of camp when 15 Geelong Cats football players showed up for lunch. The players who attended included, Cottage by the Sea Ambassador, Patrick Dangerfield and team captain, Joel Selwood.

After chewing down some healthy and energy filled salad roles for lunch, the kids and players headed outside for some free time in the sun. The kids were thrilled to be able to play on the playground, kick the footy and chat with some of their sporting idols. After free time was over, everyone gathered to introduce themselves before splitting into two groups to tack some Cottage favourite activities.

Group 1 got stuck into a tough game of tug-of-war, where the kids showed the players just how strong they were! Group 2 played the Cottage famous shoe game, full of determination and fun.

The Geelong Football Club have been dedicated supporters of Cottage by the Sea for a significant period of time now and their continued support to help put a smile on children is amazing and appreciated. We would like to thank the club and the players who came along and spent a time with some kids that would otherwise not have the opportunity. Opportunities such as this can leave a lasting impression. 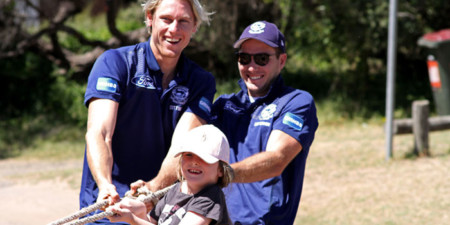 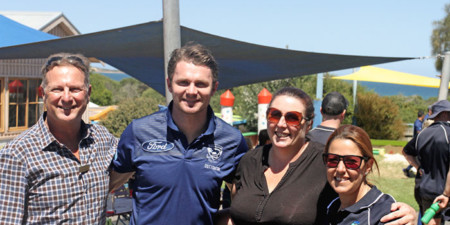 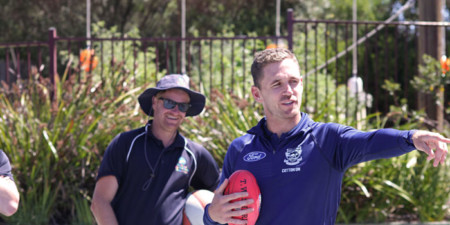 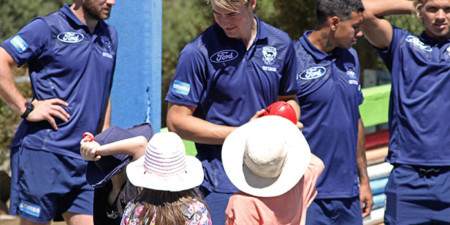 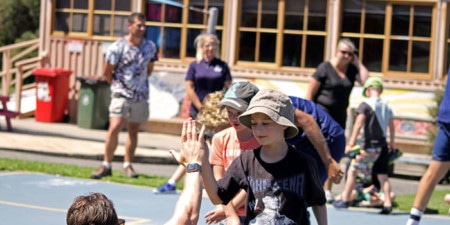 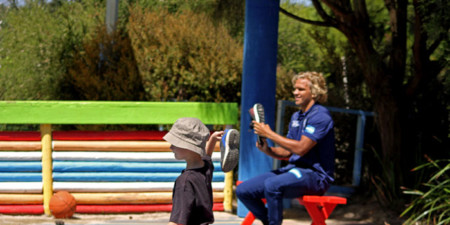