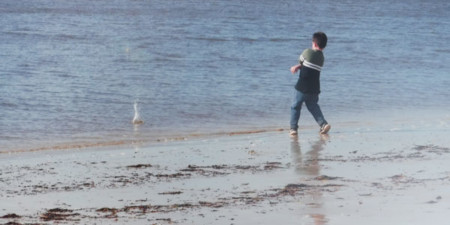 Supporting our community in times of need.

In response to COVID-19 restrictions Cottage by the Sea has been delivering remote children’s programs as well as providing food relief to our local community. Food relief response While we are unable to have children onsite, our Chef has continued to produce remarkable meals from rescued and donated food. We have been delivering approximately 600 […] 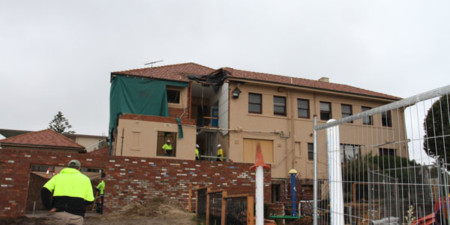 Foundation for a brighter future

To continue Capital Works at the Cottage, building contractors on site have boosted their site safety procedures to comply with strict social distancing practices and increased hygiene procedures.  And while we are saddened to have postponed children’s programs in the wake of the COVID-19 pandemic, we are pleased that contractors can keep working to make […] 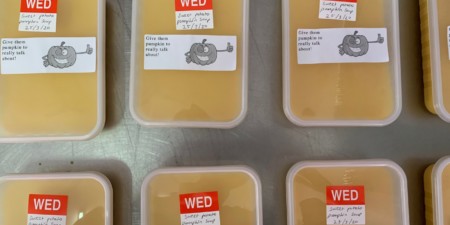 Supporting the community that always supports us

In early March, the Department of Education and Training announced that all school camps were to be postponed until further notice. With great sadness, Cottage by the Sea closed its doors to children for the second time in our 130 year history, the last being when the Australian Army took over the Cottage as a […] 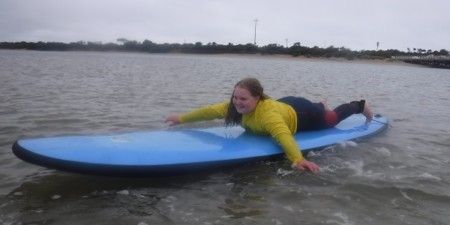 It was a drizzly Thursday morning as camp leaders discussed the day’s program. Should we stay indoors, or head outside and hope the drizzle clears? It was decided that although it was a tad wet, it was not cold, so we loaded everyone on the bus, connected the SUP trailer and headed to Barwon Heads […] 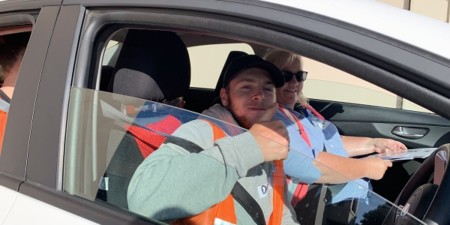 This week at Cottage, 8 Mentors participated in a morning of driver education. The morning started with a short presentation from the RACV’s Youth Motoring program before the team from ‘I drive safely’ arrived to take the Mentors for a drive on the roads around Queenscliff. After a quick introduction to Craig, Lisa and Robin, […] 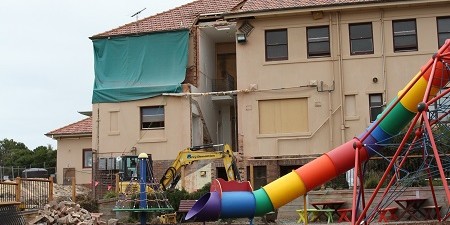 Cottage by the Sea’s historic building is currently undergoing a modern transformation costing in excess of $3 million. Work, which commenced prior to Christmas, has stepped up in recent weeks with the removal of the back deck and extensive internal modifications. 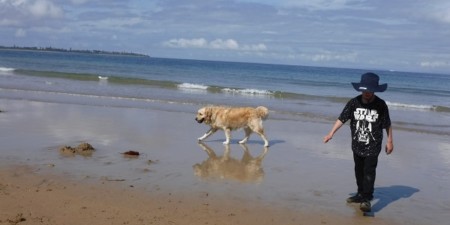 The Adventures of Bentley (The Therapy Dog)

This week we welcomed a different camper, one with some extra fur. Bentley the therapy dog attended camp all week with the Yuille Park children. We drove into the school to see a wagging tail waiting. Bentley had his own harness and seat belt for the bus ride to camp! Once arriving to camp, Bentley […] 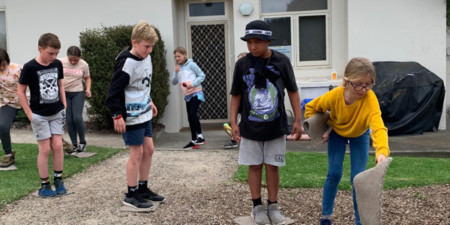 Coming together as a team

For our new REEF participants, this camp would focus on team work, as students came to cottage to experience their first of many camps. On day one, the children headed into splashdown to participate in some water activities. They split into teams, and competed in duck diving, human tunnel ball and noodle races. They all worked […] 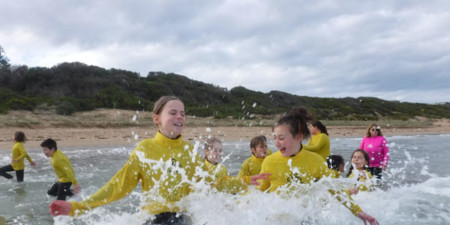 In 2020, Cottage by the Sea will begin a three-year commitment to supporting children from Victorian bushfire-affected communities by providing Take a Break camps. We have previous experience supporting children who experienced trauma in the 2009 Victorian fires, over an extended period. The Take a Break camps for primary school-age children from bushfire affected communities will be […] 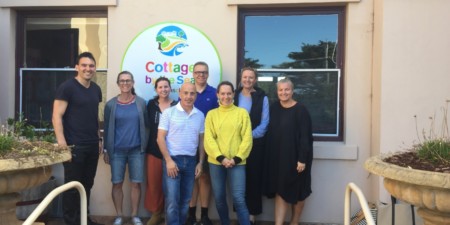 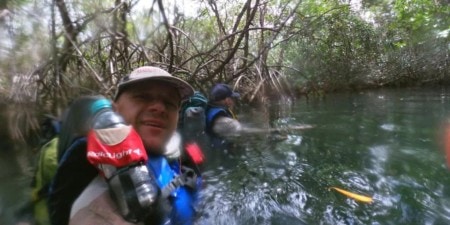 This February, Cottage by the Sea CEO Adam Wake, is participating in a unique jungle marathon event.  Adam is using his participation in the event to help raise funds for the Cottage to provide camps for children and families in bushfire affected communities. The “Escape from The Jungle” event is unique in terms of the […] 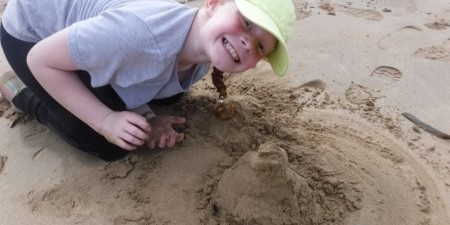 This week at cottage by the sea we had 17 children from Yuille Park Community College come visit and stay! The children were so excited the second they got off the bus! The morning was filled by a long bus trip and a cottage tour until lunch. After lunch the children got to go explore […] 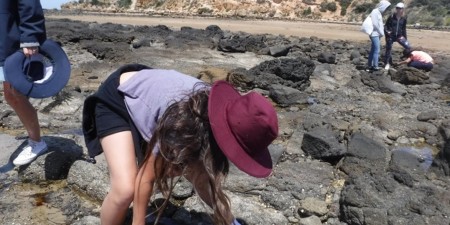 Invasion of the Elephant Snail

Another perfect day down at Barwon Heads with one of the lowest tides we have ever seen! The campers were extremely excited to get out there and explore. With the tide being so low, it gave us the chance to head right out the back of the rock pools to the area that is usually […] 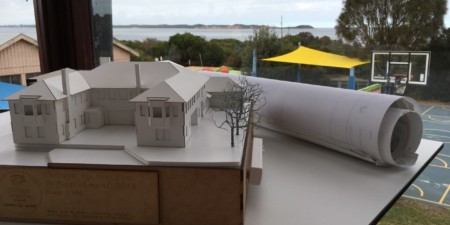 The rumbles of change at Cottage by the Sea have become quite loud recently, as refurbishment works stride ahead. Work on the 80-year-old Cottage got underway just before Christmas last year and parts of the property were closed during the Annual Fair this January. Since the Fair, work has continued in earnest with the removal […] 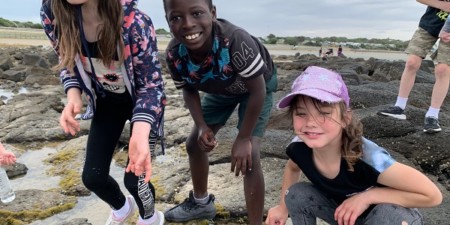 Hunt for the Dragon Eggs!

We had a beautiful day here in Queenscliff, 23 degrees and partly cloudy. A perfect day to be outdoors all day. The morning started with a boogey board at the Ocean Grove beach with nice clean waves rolling in. The group partnered up and shared a board between them. Once we were dry and changed […] 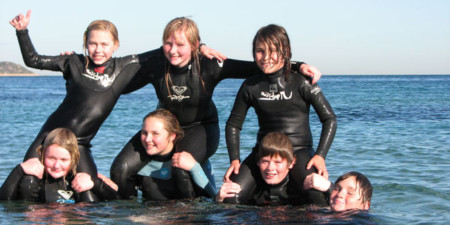 Cottage by the Sea will once again open its doors to communities affected by bushfire. Bushfires ravaging Victoria this summer have impacted each and every one of us.  Even far away from the devastation, our local beaches have been closed as smoke engulfs Victoria.  Without hesitation we have all reached into our hearts and wallets […] 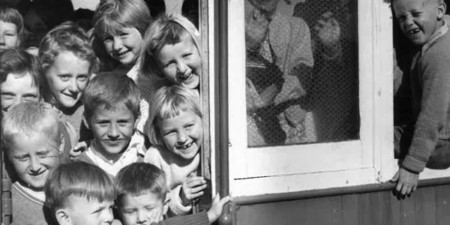 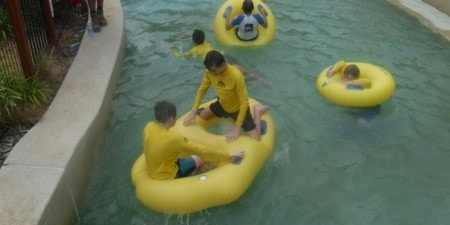 ADVENTURE PARK WITH A TWIST!

Bus was packed and the surf trailer was attached, we were ready to head down to Ocean Grove for a surf.Unfortunately with the air quality being very poor due to the East Gippsland fires all of the beaches on the Bellarine were closed. No more surfing! Plan B was in full force. We had a […]